The campaign focuses on bringing the joy of exercise also to those who are financially challenged.

In Finland one child out of eight lives in a financially disadvantaged family, which hinders their possibility to participate in hobbies or to purchase suitable equipment for them. Between the 1st and 18th of August anyone can donate their unused or used sports equipment in Stadium sport stores and Stark hardware stores located around Finland. The campaign is run together with the Finnish Floorball Federation, the WFC 2020 partner network and Hope ry. Hope is a non-profit, volunteer association which focuses on creating equal opportunities for a good life. This is achieved by distributing clothes and goods donations to financially challenged families and supporting children’s and adolescent’s hobbies and past-time activities.

The Men’s World Floorball Championships will be played in Helsinki in December next year. Event Director Hanne Pirkola thinks it’s great that a major sports event can be part of activating many actors to contribute together towards such an important cause. “Our partners have been very actively involved in the campaign, which has been a great help in making the campaign so extensive“, she adds.

– We want to make this journey towards the WFC and the event itself much more than just the games. We created a value-base which aims to enable the chance to exercise for everyone. Hope ry was selected as a partner for this cause. Our common goal is to create equal chances for each child and adolescent for recreation. – Ms Pirkola explains. 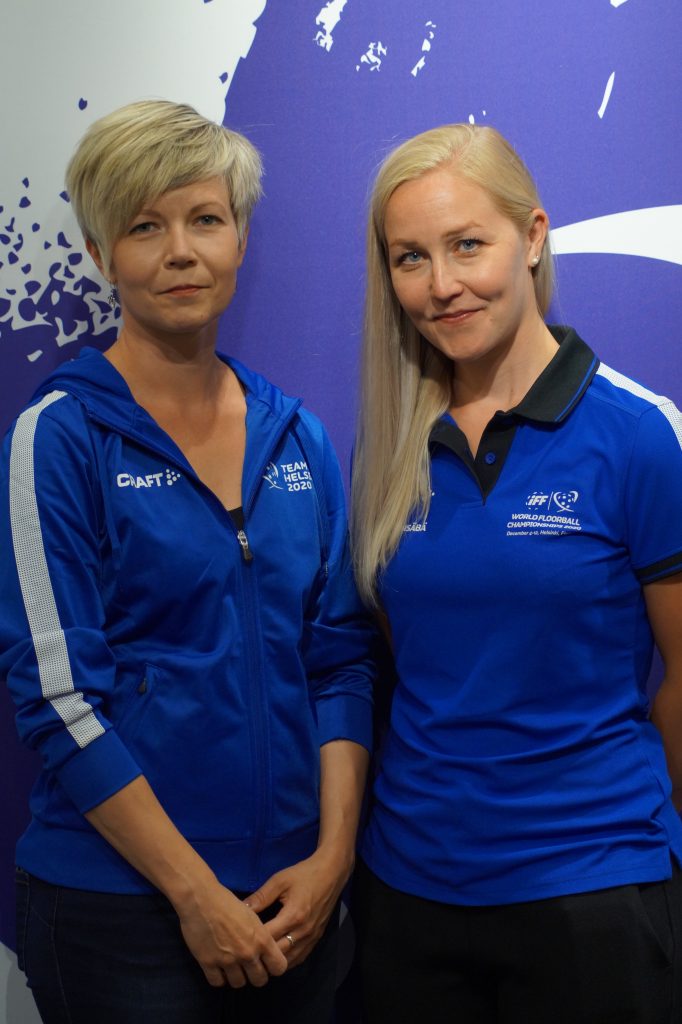 The Finnish floorball national team has also been challenged to take part in the campaign.

“Playing sports has given me many great friendships along the years, which is one of the best things in sports. Therefore, I challenge all the 2018 world champions to participate and donate their own gear for this cause”, says four-time world champion Juha Kivilehto and puts the stick he used last season into the collection box.

“After all, the best thing is the people around you and those who have become part of my life through sports. Even though you always want to win and be successful, the most important thing is the lifelong friendships that you create and that last even after your career is over”.

Charity campaign was launched in August

– Children grow out of their sport clothes and equipment very fast, which often are still in very good shape and usable. In other cases, the chosen sport may change fast and again the equipment becomes redundant too early. Equipment which is intact and at lesser use should not be thrown away but rather donated. It could be of great joy and use for someone else – Executive Director Eveliina Hostila from Hope association explains.