Hundreds of children and young people living in poverty in Finland will get hobby equipment through the Equal Opportunity campaign. The amount of donations received during the first round of the campaign, which was launched in cooperation with the World Floorball Championships 2020 partners, exceeded all expectations. 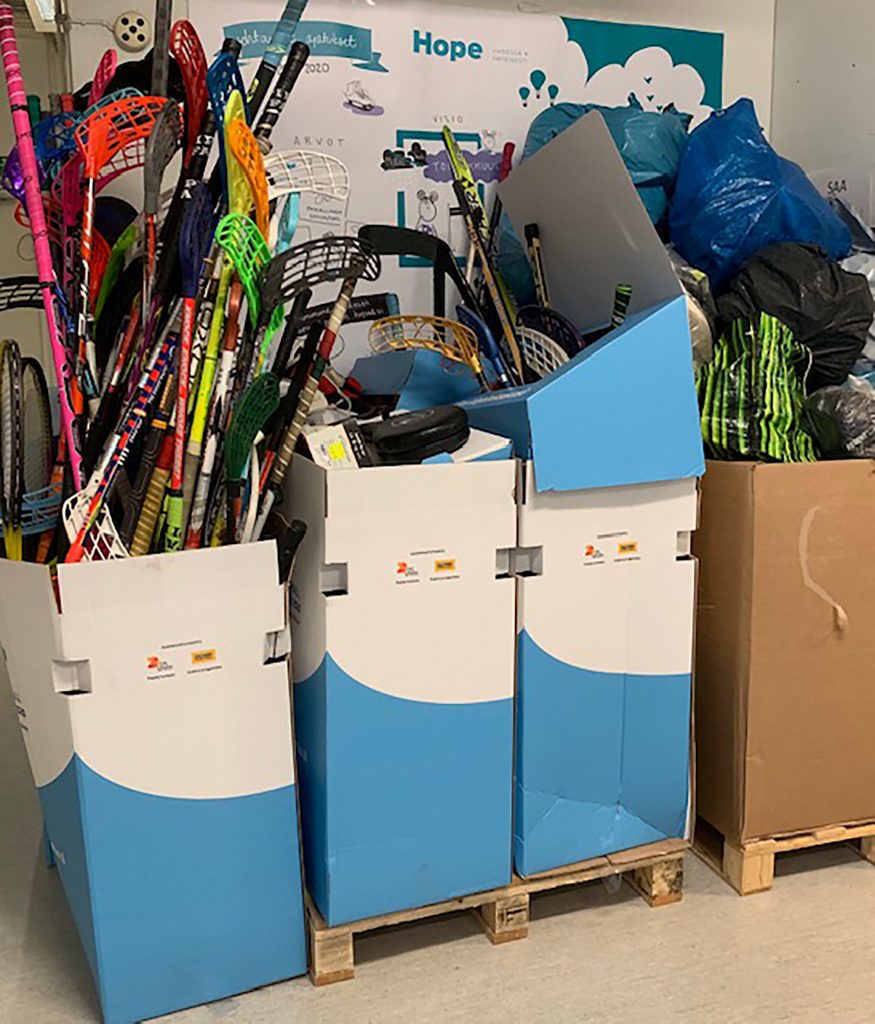 The hobby equipment that was collected through the Hope ry campaign, 1st to 18th of August 2019, will be donated to families in need. Stadium and Stark stores were the collection spots throughout Finland and a total of 42 shops participated in the campaign. On average, one donation pallet was collected per store together with 15 extra boxes.

– We are very delighted about the fact that our partners have been very actively involved in the various steps of the campaign, from donation to delivery and communicating about the campaign. The campaign was also seen as a heartfelt issue by floorball enthusiasts. National team players challenged other sports enthusiasts and floorball clubs to donate equipment. On behalf of the Finnish Floorball Federation and the WFC 2020 partners, I would like to thank all parties. Together, we were able to create a good campaign and gained wide visibility for an important cause. The joy of exercise belongs to everyone, says Hanne Pirkola, WFC 2020 Event Director.

The Finnish Floorball Federation launched the campaign in collaboration with the WFC 2020 home tournament partner network and Hope ry.