The Men’s Floorball World Championships will be played in Helsinki in December, and the preparations for the tournament have already begun. In our interview series #roadtowfchelsinki, we are going to present top players from several different teams. Starting with team Canada’s Brandon Barber.

Brandon Barber, 31, has been a regular face for team Canada since the world championships of 2016. Playing left wing for team Canada and his current club BC floorball. Brandon identifies his strengths as a player in his goal-scoring and playmaking abilities which has been seen in the previous WFC tying leading points for Canada in 2016 and 2nd in 2018.

Brandon is not only a familiar face from floorball. He has more than a million followers across the social media platforms on his Heybarber and Pavel Barber accounts, where he showcases clips of his incredible tricks and drills with a puck or a ball. On a page focusing more on ice hockey content, floorball videos are more than desired content for the floorball community.

How are you? How are the preparations for the tournament going? How does more than a million followers affect his performance? Next up for interview team Canada’s Brandon Barber.

How are you, and how has your spring been?

– Pretty uneventful with everything going on. Training and working out a lot. Doing lessons on outdoor rinks in Toronto.

– Yes, I was very prepared for it before covid hit. I continue to use this time to prepare and I plan on flying to Helsinki early to practice and get games in with local clubs there.

Why did you deserve a spot in the team and how do you personally prepare for the upcoming event?

– I’d say my fitness level especially this year has gone way up. Been working a lot more on ball protection & goal-scoring skills also as that’s where I feel I’m a key contributor.

How is team Canada preparing for the tournament?

– Playing as much as a team and with our clubs as we can. It’s definitely been difficult with so many facilities locked down in most areas in Canada. 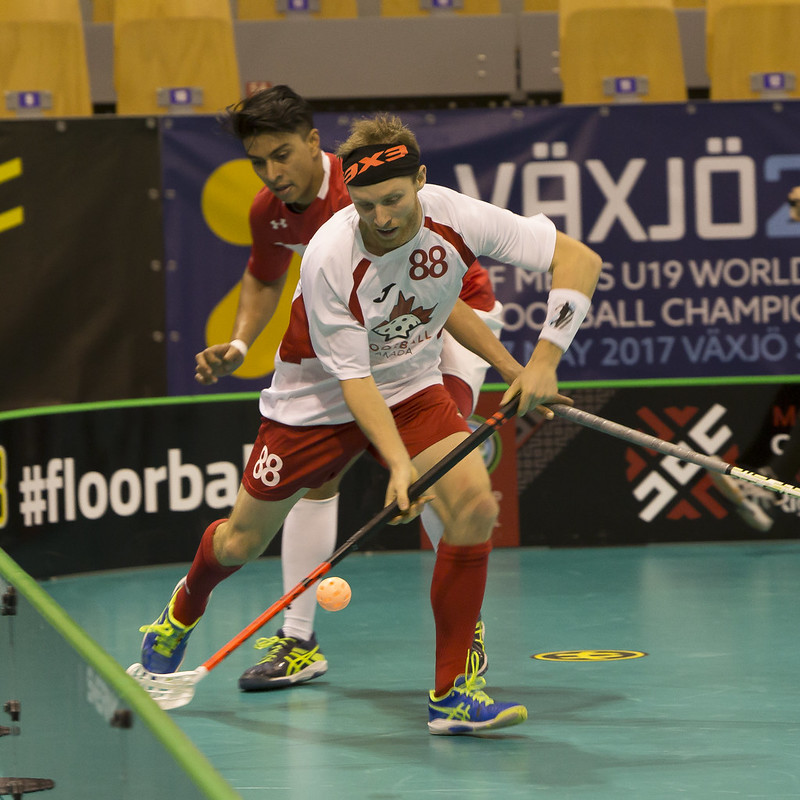 What is team Canada’s goal in the Championship?

– Honestly every year our goal is to be better than we were last year. We know we aren’t at the level of the top teams, but we desperately want to improve our program & ranking year by year. Bring legitimacy to Canada Floorball and hopefully inspire more young kids to play so we can allocate more funding & resources into the program to grow it more in years to come.

The Championships have been moved with a year because of the unfortunate situation in the world, how do you see this affecting you as an athlete?

– It won’t affect me at all other than I was looking forward to it and I was well prepared. I’ll do everything I can to prepare once again.

What kind of changes has Covid-19 brought for the preparations? Good or bad?

– It’s just far more difficult to train as a team. We have limits constantly on how many people we can have in facilities at one time, travel restrictions, etc. I assume for other nations it is similar so we aren’t going to use it as an excuse. Control what you can control, and prepare as best you can with the resources available to you.

As I think many people are aware of your incredible skills and drills, how are we going to see these skills in the games?

I have a basement that is a dedicated stickhandling/shooting lane for floorball. I really enjoy learning new things and getting better. I’m a hockey player who didn’t play floorball at all growing up so I have a lot to learn but there’s a lot of similarities. I try to be responsible with the ball and not take unnecessary risks to make plays happen in games. I can certainly to some fun skills but in games, I try more to scan the area, make smart plays with the ball, and make my leads to put myself in good areas.

You have combined more than a million followers across social media, how does that affect you as a player and your performance?

– The number of followers I have is irrelevant to my performance. The way I look at it is that is a completely separate part of my life than when I’m training on a national team as an athlete. The way I look at it, I have so much to learn in floorball and I’m not even close to being one of the best so I’m always watching and learning from the best to improve. I do use my social media to try and bring more exposure to floorball because I genuinely love the sport, and I’ve run so many hockey camps with floorball in it so I know the kids love it too.

What kind of support do you get from your huge follower group to these games?

– My followers always ask to see floorball highlights and at the end of the tournaments they love watching the highlight packs. The response is always overwhelmingly positive and I can see that many want to play the sport in Canada, but unfortunately, it’s just not popular here with hockey taking up so much of their time.

– Anything involving ball control, passing & shooting I love to do. I try to incorporate all 3 elements in my drills to make sure I’m able to receive the ball well with good control, then pass and shoot with good accuracy. Here’s an example.

– I hope you guys are as excited for the tournament as I am. It’s always an honour to play for my nation, and I especially enjoy watching the elite teams like Finland and Sweden play every year. It’s truly an incredible sport involving so much skill, speed & strategy.