The floorball World Championships will be played in Helsinki in December, and the preparations for the tournament have already begun. In our interview series #roadtowfchelsinki, we are going to present top players from participating National teams. Next up is team Denmark’s goalie Mike Trolle.

Mike Trolle, 30, a danish goalkeeper, who has played for team Denmark since 2014. Mike is a WFC veteran who has already played in three tournaments and right now he is preparing with his team for the upcoming Championship. In his home country, Mike represents the Höllvik floorball club in Sweden, identifying his strengths as a goalie in his reflexes and covering angles. Denmark will face Finland in their opening game, and Mike is excited for the atmosphere which hopefully the fans are able to create.

How are the preparations for the tournament going? How does it feel playing in the opening game of the tournament? Does the pressure as a goalie affect you in any way?

Next up for interview team Denmark’s Mike Trolle.

How are you, and how has your spring been?
– I’m really good, even though I love playing floorball, it’s been quite good with a little break before we start the new season. Despite what’s happening with Covid-19, I think that I get the best out of the situation, and hopefully, it’s only getting better from now on. My spring has been all good, some floorball, renovation on our house, and a lot of time spent with my family.

In December the World Championships will be played in Helsinki, have you already started to think and look forward to the event?
– I’ve been thinking about it since last season. Unfortunately, the tournament was postponed.

I’ve dissipated in 3 WFC tournaments, and all of them were a huge experience. In the upcoming WFC, we have the honor to play against Finland in the opening game, which (if spectators are allowed) will be an atmosphere that I am really looking forward to play in!

Why did you deserve a spot on the team and how do you personally prepare for the upcoming event?
– I think it’s tough to talk about myself in that way, but I’ve performed well during the last 3 championships, and my saving % is on average above 80, which I am proud of.

Other than that, team Denmark made a generation change in 2018 so I am one of the oldest in the team, and with a young and very talented keeper by my side, I think that we have a good goalie team, who is ready to play in a very tough group.

How is team Denmark preparing for the tournament?-
– The last year has been truly difficult, but we have started with training camps again, and there will be a lot more in the following months until the championship. We also have individual targets for our physical status.

What is team Denmark’s goal in the Championship?
– In the last 3 championships, our goal has been to be in the top 8, which once again is our main goal. Then, of course, we would like to make a little surprise if we get the chance.

The Championships have been moved with a year because of the unfortunate situation in the world, how do you see this affecting you as an athlete?
– Not much really, despite I would have turned 30 last year in the middle of the championship, all that is different is that I now will turn 31 during this WFC.

What kind of changes has Covid-19 brought for the preparations? Good or bad?
– The fitness has been closed, but like everyone else, we have been training at home.

– Floorball hasn’t been shut down in Sweden, so that didn’t affect me. The league in Denmark was postponed as well, so those of my teammates who play there will have a shorter break than previous years. If it’s good or bad, I don’t know.

How is floorball present in your everyday life?
– Normally I practice 4-5 times a week plus games, so it is almost floorball every day. Those days where we don’t practice are normally the day before a match, so therefore I have my mindset on that, which means that floorball is very often a part of my day.

How do you see floorball in Denmark? What is its place in the sports scene?
– The top 4 nations are still way ahead of us, but I think that we are on the right path. It’s one of the sports in Denmark with the most growth in numbers of players, and tv-stations are starting to show some interest in floorball. That’s a big step in the right direction, and hopefully, the sport continues developing and getting bigger, so there is an opportunity to make the sport more professional in Denmark.

You are a goalkeeper – How do you stay calm and keep your focus on very important games?
– For me, it’s not that difficult. I’ve always been able to have full focus before and during the matches. I do like to celebrate and react during the game, which helps me keeping focus.

After failures, how do you get back to the game?
– I had a coach for 3 years, who 4-5 times during each practice and game screamed “next shot” at me, didn’t matter if the ball went in or I made the save. It has been a good help for me the following years, and it is very important to let go of previous goals or mistakes and just focus on what you can do about the next situation.

As a goalkeeper – which are the most important features in World Championships?
– As mentioned, keep focus, and always focus on the next shot is an important part. Besides that, you need to be good mentally and don’t be afraid of being the last person on the field before your opponent can make a goal. Either you will be the hero or the bad guy, and you need to be able to handle that.

You have done unbelievable saves in important games – How do you do them and see the ball in fast moments?
– I don’t always remember what I was thinking in a situation where I made a great save. It has a lot to do with a good sensation or feeling for what will happen next. Sometimes I end up in some strange positions, but if it works, it’s fine by me. 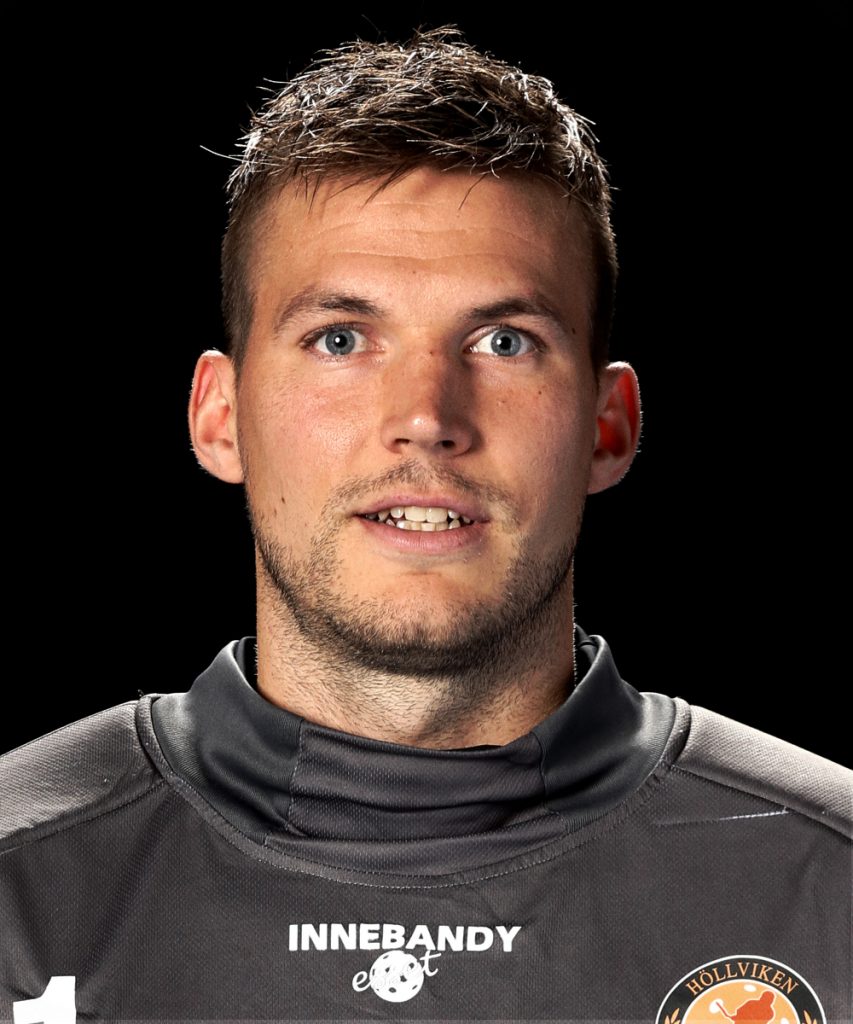 Lastly, could you send greetings for the WFC fans around the world from team Denmark?
– I am truly looking forward to WFC in Finland and can’t wait to play in front of a lot of floorball fans from all around the world! I’ll hope to see many spectators in the arena, and those who can’t be there hopefully will follow the tournament on TV and social media. No matter what, we will do anything to put up a good show.