The floorball World Championships will be played in Helsinki in December, and the preparations for the tournament have already begun. In our interview series #roadtowfchelsinki, we are going to present top players from several different teams. This time we are interviewing team Australia’s Gavin Staindl.

Gavin Staindl by age 32 is already preparing for his 5th floorball World Championship, where his tournament debut was actually in Helsinki. Gavin has been selected to the national All-star team and he has represented team Australia in 50 games. Playing center for team Australia and his hometown team Pakenham Squishees, identifying his strengths in speed and invisibility. Gavin’s description of his favorite shootout move could be seen as something unprecedented before including jumps and cartwheels; we are looking forward with excitement to seeing this move in the upcoming tournament.

What are team Australia’s goals? How has the team prepared during Covid-19 and what are the thoughts of the team coming from Australia’s heat? 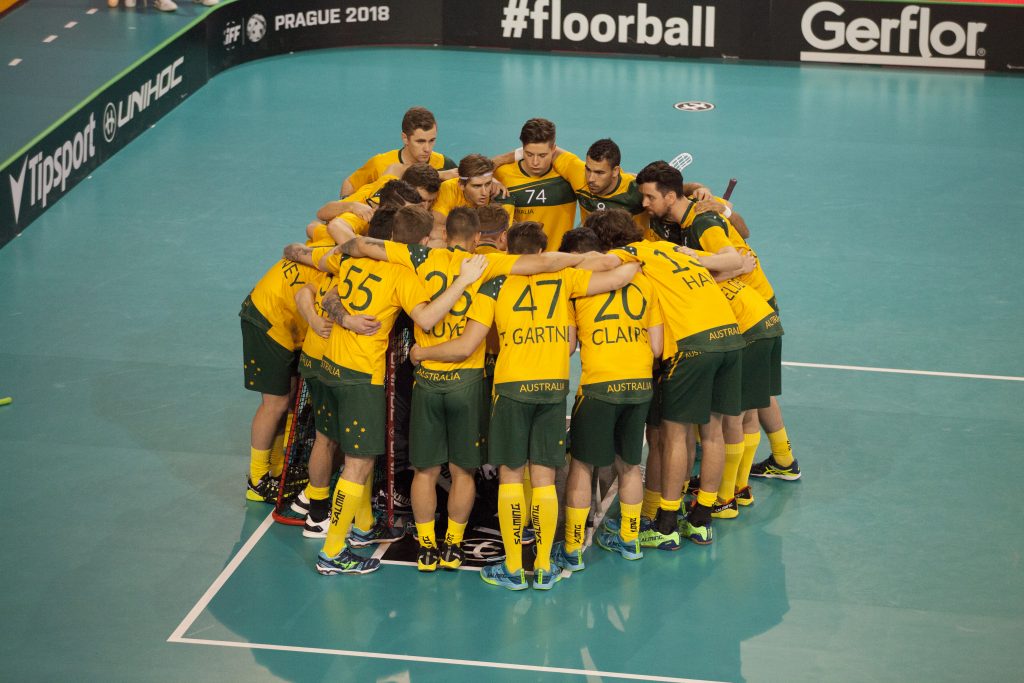 In December the World Championships will be played in Helsinki, have you already started to think and look forward to the event?
– Yes, I would love to be able to go.

How is team Australia preparing for the tournament?
– It’s hard to prepare as our state borders have only just opened so we haven’t been able to train as a team. Hopefully, we can do some training soon.

What is team Australia’s goal in the Championship?
– To win the whole tournament. And if we can’t do that then to make the top 10.

The Championships have been moved one because of the unfortunate situation in the World, how do you see this affecting you as an Athlete?
– I think it was a good decision to postpone the 2021 championships to this year.

What kind of changes has Covid-19 brought for the preparations? Good or bad?
– It’s been mostly bad. Geographically Australia is a very large place so we may only get the chance to train as a team once a year. But, we would still have practiced with players that live in states that are close to each other. However, covid-19 forced all state borders to close and we couldn’t travel meaning team Australia was very isolated.

What is your role in the team?
– Centre.

You have a lot of experience from international games, what has been the most learning experience so far?
– Drink more energy drinks before games. And don’t take games so seriously. You play a lot better when you are having fun.

What has been individually for you the most memorable moment in Floorball?
– Beating Russia in the 2016 world championships. It was the first European team we had beaten in a long time.

Australia is far away from Helsinki where the World Championships will be played, how is the team going to prepare for the trip, and the significant time difference that you will be experiencing?
– We arrive in Finland a few weeks before the tournament. It takes quite a long time to acclimatize to the new time, jetlag, and the colder weather.

Australia is famously notably warmer than Finland, and especially during wintertime, how is the team going to handle the cold weather in Helsinki, which might be a new experience for some of the players?
– We leave Australia that will average between 30-40 degrees and land in Finland where it is snowing. You will be able to spot us because we will have 14 jackets on and very tanned faces.

You have Finnish coach, Seppo Pulkkinen. Do you think it might bring any advantages for the team, since the World Championships will be played in Finland?
– We have the world’s greatest coach. Seppo is a living legend in Australia. Wherever he goes in Australia he will never have to buy a beer in his life. We will win the world championships because of Seppo.

Please if you could send a greeting or a message to the fans and what chant or song should the fans be singing in the stands?
– We need as many fans to support us because it’s too far from Australia for our fans to travel.