The floorball World championships will be played in Helsinki in December, and the preparations for the tournament have already begun. In our interview series #roadtowfchelsinki, we are going to present top players from several different teams. Next up with team Switzerland’s Pascal Meier.

Pascal Meier, 30, starting goalie for team Switzerland and his hometown club, GC Unihockey. Meier is an experienced national team player, who already debuted for team Switzerland in 2007, featuring in junior and men’s national teams. Pascal has had a lot of success during his long career, being chosen once as the tournament MVP, twice in the WFC all-star team, and won three WFC bronze medals. Describing his strengths in his smooth moves. You can find Meier on social media under the parafi30. 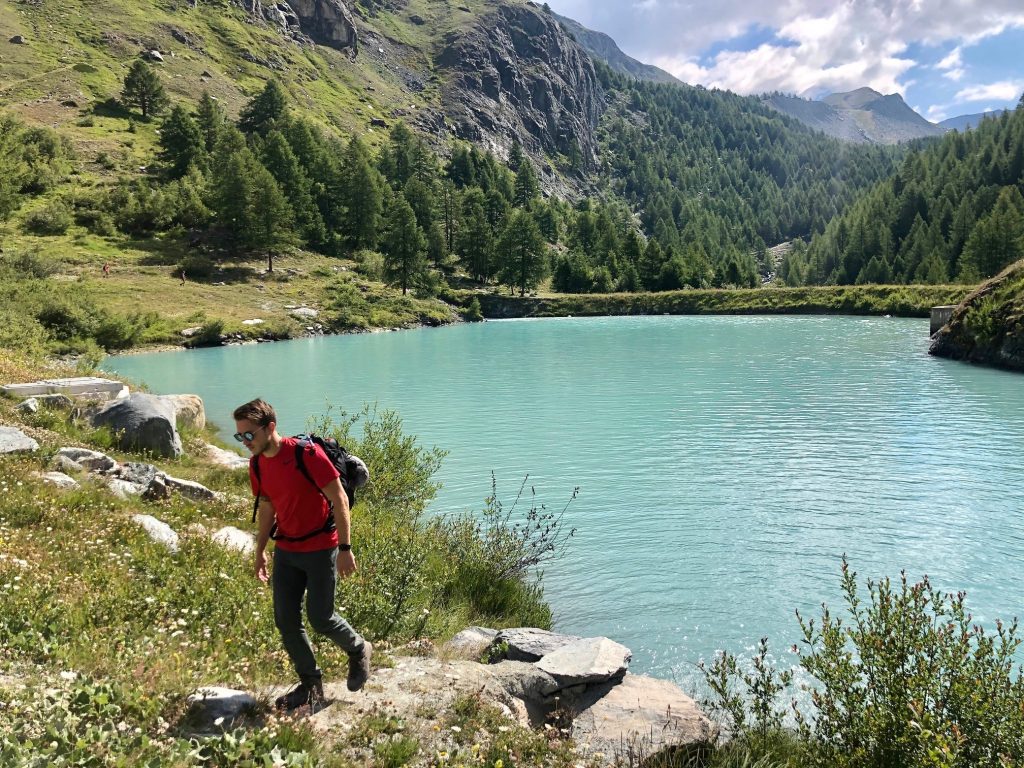 How are you, and how has your spring been?
– Thanks, I‘m fine and my spring has been good.

In December the World Championships will be played in Helsinki, have you already started to think and look forward to the event?
– Yes to be honest, Helsinki has been in my mind for more than a year. As a player, I try to prepare myself as well as possible. One part of this is the practices so you are in the best shape during this time. It is not always easy to practice as hard as possible but as soon as you start thinking about the WFC in Helsinki this gives you extra motivation and even when you are tired, you get some extra energy to give your best day for day.

Why did you deserve a spot in the team and how do you personally prepare for the upcoming event?
– Hopefully, I can help my team with a good performance to reach our goal. To be able to deliver a performance that I‘m happy with, I need to prepare my body and my brain as well as possible.

How is team Switzerland preparing for the tournament?
– We have had some training camps where we prepare everything that is needed. As we now have support from the swiss military we have some more possibilities. That means we can do more camps and the players get more free days from their jobs to invest them for some extra training.

What is team Switzerland’s goal in the Championship?
– We would like to play our best games when it is needed and to win the gold medal would be the biggest goal that we have

The Championships have been moved with a year because of the unfortunate situation in the world, how do you see this affecting you as an athlete?
– For the Championship in Helsinki, this doesn’t affect us at all. Probably it will be special to have another Championship in a year. Normally we have 2 years of preparation for this big event.

What kind of changes has Covid-19 brought for the preparations? Good or bad?
– So far, it has not brought any changes. I’m just looking forward again to the games with (many) spectators and a super atmosphere. If I had been asked the question a year ago, it would of course be a little different, but in the meantime, we can train with the team almost normally again

How is floorball present in your everyday life?
– Actually, almost everything revolves around floorball. I’m glad that I get other thoughts while I’m working. In my free time, a lot of things revolve around floorball, even if it’s only about when the next training session is or how I can best recover for the coming day.

WFC Prague 2018 you were playing semifinals against team Sweden and it was very close to beat them. What will happen in the semifinals this year?
– Yes, it was a very close game. Even though it took some time to recover from the game, for me it’s history. In the next semifinal, a new story will be written and maybe the experience from the last World Cup will help us, but we just have to do everything, so we can win the semifinal this time. But one thing is guaranteed. The Swiss fans (if they are allowed to be on-site), will once again be fantastic and create an incredible atmosphere

You were the MVP in Prague 2018. How did it feel to be rewarded with the MVP of the tournament?
– I would never have expected that and of course, it’s a nice reward for all the training hours. I think at the end of my career I will look back on this moment with pleasure. But even nicer would be the gold medal with Switzerland :)

What kind of Pascal Meier we will see this year in Helsinki?
– That’s difficult to say, or rather, I prefer to let actions speak for themselves on the field. But for sure a Pascal Meier who enjoys being on the field and wearing the Swiss flag on his chest.

You are a goalkeeper – How do you stay calm and keep your focus on very important games?
– I find it easier to keep focus in important games. The body and mind are already ready for the game and you need much less energy to bring yourself to match the temperature.

After failures, how do you get back to the game?
– There is always time to analyze failures. During a game, you can’t undo it and therefore it’s also the wrong time. All that counts is the next action.

As a goalkeeper – which are the most important features in World Championships?
– I think the atmosphere, the big arena, the loud spectators and of course that you can’t do anything else than being a floorball pro. Then I would also mention the Player Party at the end of the World Championship. When all the pressure is gone, it’s a good time to have a party. :)

Lastly, could you send greetings for the WFC fans around the world from team Switzerland?
– Dear fans, come to Helsinki and enjoy exciting and competitive games! I hope that when your nation is not playing, you will keep your fingers crossed for Switzerland.

Artis Raitums from the Team Latvia: “WFC is much more than just floorball”