Finnish-American Mikko has the plans for his American teammates: “Maybe I’ll make them try some proper Finnish salmiakki”

The floorball World championships will be played in Helsinki in December, and the preparations for the tournament have already begun. In our interview series #roadtowfchelsinki, we are going to present top players from several different teams. Next up with team USA’s Mikko Vähä-Vahe.

Mikko Vähä-Vahe, 27, is a Finnish-American player representing team USA in the upcoming WFC. Currently, Mikko does actually live in Helsinki, Finland representing Grankulla IFK, giving him extra motivation when friends and family are able to see him play. This tournament will be his fourth appearance in the WFC. For team USA he plays a defender identifying his strength in his defensive reading skills.

How are you, and how has your summer been?

Thanks for asking, I am doing well – enjoying my summer holiday at the moment. It has been fun to get to practice with my team once again after a season that ended prematurely.

– Yeah, definitely. I think I’ve been looking forward to this tournament already since when it was announced that it is going to be played in Helsinki. I expect that there will be friends and family watching the games so that gives extra motivation to train as hard as I can to prepare myself for the tournament.

How is floorball present in your everyday life? Where do you live and practice?

– Floorball dictates largely how I organize my free time. I live in central Helsinki and practice in Kauniainen, so it takes a drive to get to practices. Luckily my brother plays in the same team and we live quite close to each other so the drives to and from practices are valuable brother-brother time for me. 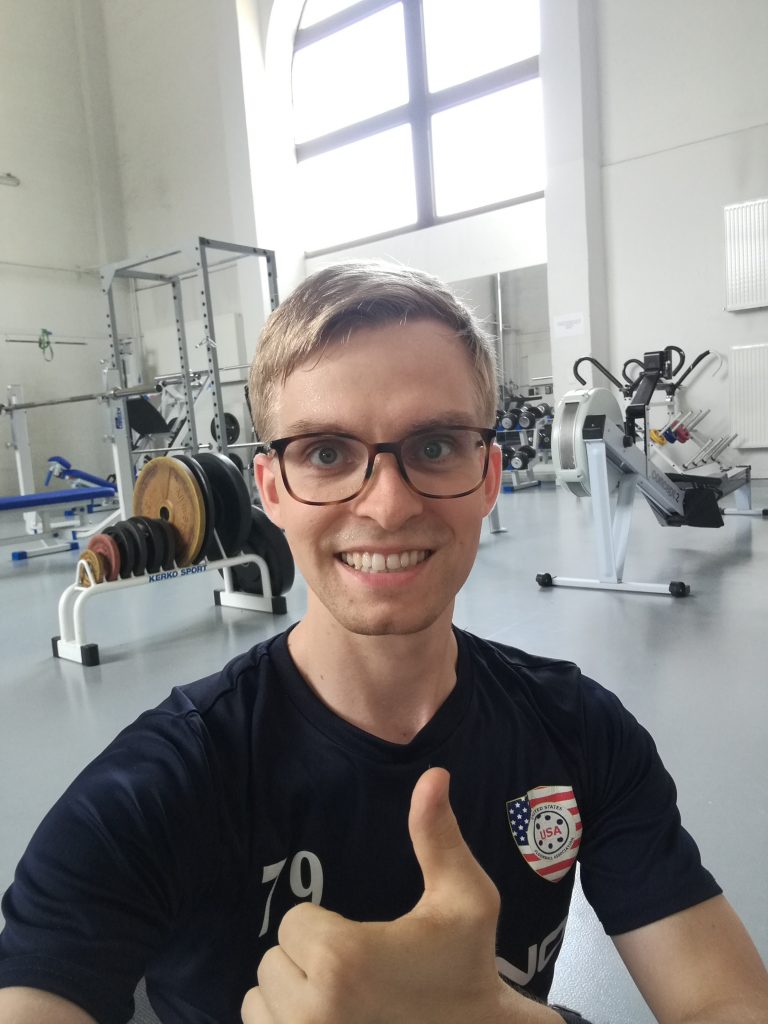 As you already live in Finland, how do the USA national teams’ activities affect you, with camps and preparations? Are you able to participate in all of them?

– I’m afraid I will miss some of the camps as I cannot really make it across the Atlantic right now, and there is for example a development camp in Birmingham, Alabama, prior to the U.S. Nationals tournament in August. However, I think the current plan is to have a preparatory camp in Finland right before the WFC and that’s what I am saving my summer vacation days for.

As you play in Grankulla IFK, how are the championships going to affect your hometeam schedule?

– My understanding is that we are going to have a mid-season break because of the WFC, which is great for me as then I am not forced to miss that many games. I think it is a good idea to pause all the floorball association events in Finland for the duration of the tournament to maximize the number of people watching the games both live and via streams, and also to ensure that the necessary number of volunteers can participate in organizing the games and making the tournament a success.

How have you ended up playing for team USA?

– There was an open training camp in 2011 in Linköping Sweden, which my ex-coach Jocke Eriksson pointed out to me and recommended to attend. I went, enjoyed the atmosphere and camaraderie in the team, and have played in the team ever since.

How does it feel when the tournament is played in Finland and your team will travel to your home country and play?

– I am sure it’s going to be great fun! Maybe I can teach them a thing or two about Finland and show something they would otherwise never see in Helsinki.

Have you told your teammates something about Finland? If so, what?

– Yeah, we have often had a group with people living in different cultures – some coming from Texas, some from Sweden and so on – so we have often been sharing things about the cultures we live in, which I find very interesting. I cannot really remember what all I have been talking about as I am a quite talkative person. At least I have made jokes by embracing stereotypes of Finland and Finnish culture.

Is there anything particular that you want to show your teammates in Helsinki?

– Let’s see what they want from their stay here. Maybe I’ll make them try some proper Finnish salmiakki. It hasn’t been a hit with the guys previously, but maybe it’s fresher here and they will like it.

The upcoming championships are only 6 months away, how is team USA preparing from now on?

– It’s a little bit special now since the global pandemic has kept us from meeting, so our coaching staff has been forced to be in contact with us with emails only, basically. Now the responsibility is largely on us players to make sure that we are physically and mentally ready when the tournament begins. Of course, we will have a training camp before the actual WFC to get the team working together, too.

There is a significant time difference between the USA and Finland, do you think it will bring any concerns or troubles for the team? and how are you preparing for it?

– Naturally, that brings a challenge – not least because there is (in)famously not too much sunlight in Helsinki in December. However, we do have a big portion of our players living and playing in Europe, and anyway, we’ll have a training camp in Finland before the tournament, so I am confident that we are absolutely ready when the first tournament game starts.

What is team USAs goal for the championships?

– Reaching the top 8 is something we have been dreaming of, but we also acknowledge that we have a lot to learn as a floorball nation, so we also aim to pick up things here and there. The main goal for U.S. floorball after all is to grow the interest in the sport in the U.S. For that purpose, this tournament is starting an important period for us as next year we’ll host the WFC qualifiers and most importantly The World Games in Birmingham, Alabama, in the summer. That is going to be huge for floorball in the U.S.

You have played for the national team since 2011, what have these past 10 years taught you?

– I think mainly to enjoy the ride a bit more and not to worry too much about things. I used to feel super nervous in games on the big stage, but now I’d like to think that I am more prepared to just enjoy the privilege of getting to play these kinds of games.

How does it feel to put on the National team shirt?

– It’s an honor. There are many who would trade places with me and get into the team, so that makes you want to prove in your every action that you deserve to be there. There’s also added responsibility as you know that there are kids finding the sport in the U.S. who look up to you.

What is your role in the team?

– I am one of the more experienced players in the team, so I feel responsible for helping the new guys integrate into the group both tactically and socially. I do still think that I am not quite old enough to be called the dad of the team though.

Could you tell us more about Team USA, what kind of players are in the team and what kind of team is the USA on the court?

– Some of our more experienced players have retired from international floorball so we will probably have several new faces around, coming through the U19 team. That will be exciting, and I’d expect that we’ll be quite young with a quite direct playing style. One thing I find interesting about us is that we have stylistically different kinds of players, which gives our coaches Joel and Stefan something to play around with. I think we also pack an element of surprise as even I have not necessarily met all the players previously.

Could you tell us about a blunder or a funny moment that has happened during a championship trip?

– I must say that thinking back to 2012 WFC in Switzerland and Dave Brown, in his last tournament, scoring against The Czech with a slapshot from our side of the court still brings a smile at least to my face. Some say it was a bullet to the top corner, some say it was bouncing like a frog.

Lastly, do you want to send any greetings for the fans of the team?