The World Floorball Championships will be played in Helsinki in December. In our interview series #roadtowfchelsinki, we are going to present top players from participating National teams. Next up is team Poland’s captain Karol Pelczarsk.

Karol Pelczarsk, 23, center for team Poland, is preparing already for his third WFC tournament. He was only 17-years old at his first WFC tournament in Riga. In Poland, Karol represents KS Gorale Nowy Targ, where he has won the Polish championship three times. Karol describes himself as a fast player with a cool head. Team Poland is coming to the tournament with a young group but, it still has gained a lot of experience from the previous WFCs they are aiming for the quarterfinal in the coming WFC after some unsatisfying, previous results.

Karol, How have you been lately and how was your summer?
– I’m good, thank you. I spent my summer working and preparing, mostly physically, before next season. I also took a little vacation recently.

In December, the World Championships will be played in Helsinki. Have you already started to think and look forward to the event?
– I have started to think about the event last year when it was supposed to be held. Unfortunately, covid thwarted our plans. Now the whole team looks forward to the championship, and we hope that this year there will be no similar problems.

How has team Poland prepared for the tournament?
– Our preparations were not quite what we wanted. Due to state restrictions, we had to cancel few camps. However, we had few opportunities to meet each other and practice together. Now we have three important months ahead of us before the tournament.

What preparation plans do team Poland still have before the WFC?
– We are going to play two tournaments, Polish Open and 6-Nations Cup. These are the most crucial steps in our preparations. We are going to play against tough opponents, where we will have the opportunity to improve some aspects of our game. I miss international tournaments very much and look forward to them. 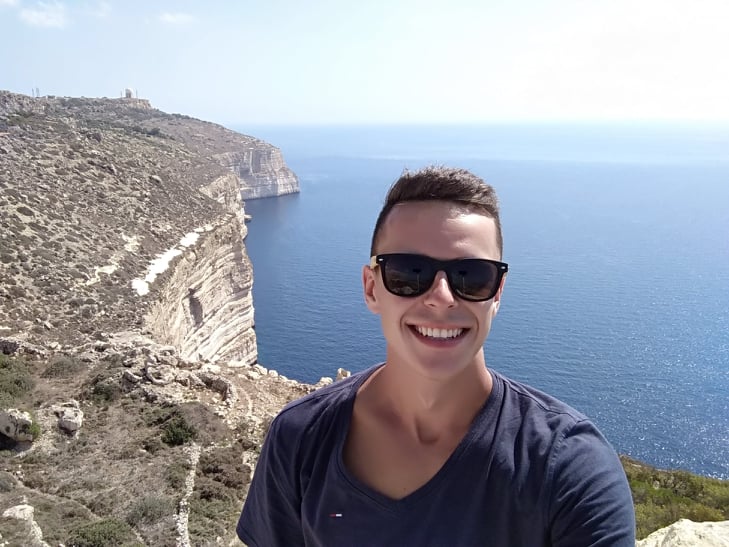 The Championships have been moved once because of the unfortunate situation in the World. How do you see this affecting you as an athlete?
– Both I and the whole Polish team regretted that WFC had been moved. We had very high morale after a great overtime win against team Estonia in WFC qualifications. For me, it was a big disappointment. For every player, representing the country is the greatest honor. I was very dissatisfied after the IFF decision, but of course, I understand the reason.

What kind of changes has Covid-19 brought for the preparations? Good or bad?
– As I said before Covid-19 brought only bad changes. Apart from the national team camps, also many leagues have been suspended or canceled. By the suspension of the Slovak Superliga, where I was playing, I had about a two-month break and moved back to Polish Ekstraliga. It did not affect my disposition very well. Now I hope such things will not happen again.

How is floorball present in your everyday life?
– Floorball is very important to me. I spend most of my free time practicing. My younger brother laughs that I only study and play floorball. And this is partly true.

You have represented Poland since 2015. When did you play your first national team game and where?
– I played my first national game in Babimost (Poland) during the 10th Polish Cup in 2015. We lost against Denmark 6-7, but it was a pretty good game. I remember it very well.

You have been the team captain for team Poland’s u-19, what kind of ground have it built for you?
– We had a pretty good team then, with some great players. However, some players also had difficult characters. If we had built a better atmosphere in the team then, we would have been able to stay in Division A. Perhaps that was also my fault as a captain. I suppose if we had put more weight on it, we might have achieved success then.

Poland has been the hosting nation for the world game, does it make a difference in being the host or playing somewhere else?
– Yes, of course, it makes a difference. It is always better to play in front of our supporters. It is also a bigger pressure, but I personally like such pressure.

When did you start to play floorball?
– I started to play floorball when I was 5 years old. My father was a coach and he was taking me to practices. As a player, I owe a lot to my dad, who trained me for about 10 years. I really appreciate that.

Tell us about team Poland, what kind of team are you?
– We are a pretty young team, but most of the players have already played in big tournaments. What makes us even better is the fact that we understand each other very well. We are also very ambitious. After two not very satisfying championships, where we reached 13th place, we hope to make a big surprise and qualify for the quarterfinal, which will be very demanding.

What are Poland’s strengths in the upcoming tournament?
– As I said before, the atmosphere in our team is great. I think that will be our biggest strength. We support each other on and off the pitch. After the victory over Estonia in WFC q we know that we can fight and beat strong teams. I think we are more confident than in the last events and I hope it will bring us results.

What kind of expectations do you have for the WFC?
– We want to play good and effective floorball. If we do this, successes will come. As I mentioned before, our dream is to reach the quarterfinal. I know that no one expects this of us, but we will fight till the end to achieve this.

What is team Poland focusing on especially in last month’s training?
– Because of Covid, we have had few opportunities to meet. Now we must focus on tactics, our offense, and defense play. We still have a lot of work ahead of us. Each player must give 100% in practice. Only then will we achieve success.

Could you send a greeting to Poland’s fans?
– Yes, I greet our fans, and I encourage them to support us in the upcoming championship.