Team Thailand’s Chusak Nrkprasert, 29, is preparing for his third WFC tournament, he has won the SEA games once in his career. Chusak represents team Välllinby in Sweden, where he also coaches IBF Lidingö at the same time, keeping his days full of floorball. As a player, Chusak describes himself as a smart, and calm player. Team Thailand comes to the tournament as a close group with a great team spirit playing with tenacity.

How are you, and how have you been lately?
– I’m fine, thanks for asking! I’m just happy that we can play floorball again after a miserable last year.

In December the World Championships will be played in Helsinki, have you already started to think and look forward to the event?
– This event has been stuck in my mind since 2018 after Prague. Every training session is a preparation for this event, and I think everybody is excited and thrilled as I am for the World championship.

Why did you deserve a spot on the team and how do you personally prepare for the upcoming event?
– Hard for me to say, I just try to play my game with calmness and help my teammates to do the right thing on the pitch. I exercise and play floorball a couple of times a week to stay prepared and develop my game.

How is team Thailand preparing for the tournament?
– The pandemic has made it hard to see each other. We have half of the team in Thailand that started training together this week after a long quarantine restriction in Thailand. The second half of the team is living in Europe and is playing in their current clubs. We’re hoping to see each other soon, and we’re planning on having a three weeklong camp before the big event.

What kind of a team does Thailand have? Could you tell us about team Thailand?
– Team Thailand is a big family with a big heart. The players would die for each other and everyone in the team is dedicated to developing themself and the team to perform better and better for each tournament we’re playing.

The Championships have been moved by a year because of the unfortunate situation in the world. How do you see this affecting you as an athlete?
– I think most of the players were mentally prepared for this decision last year. But it was hard to motivate myself to train when it was forbidden to train with each other. Probably the biggest affection for me as an athlete. 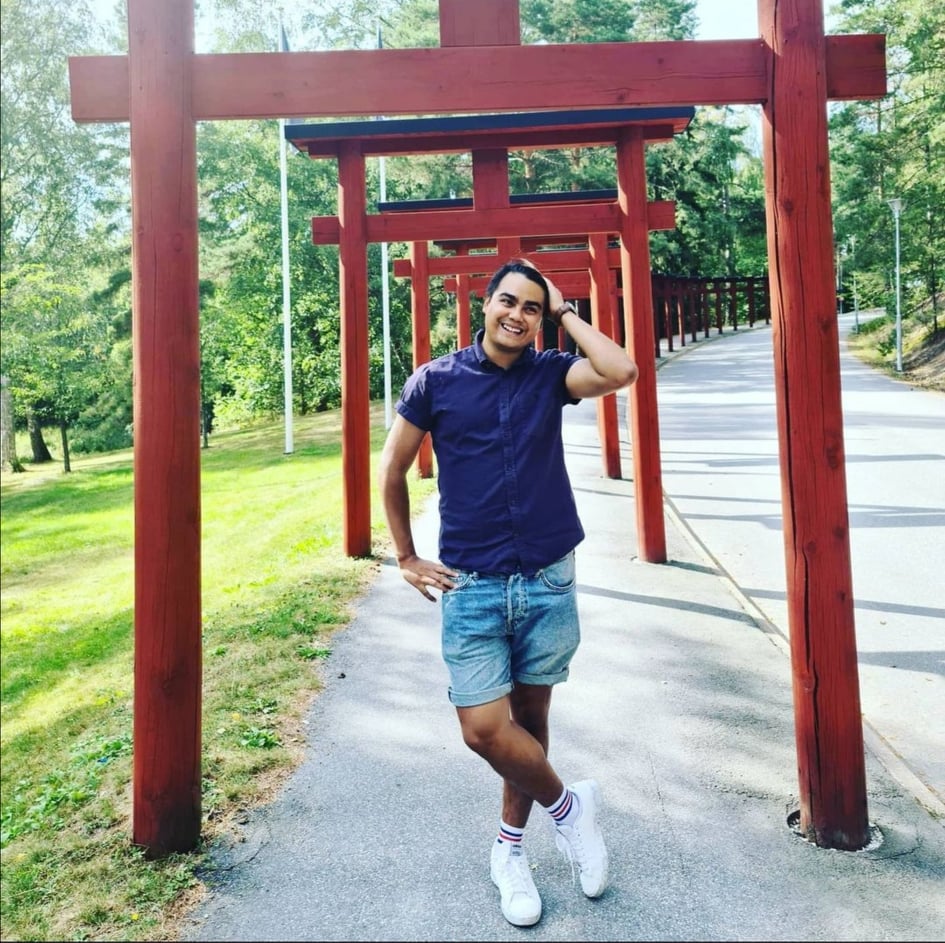 What kind of changes has Covid-19 brought for the preparations? Good or bad?
– Bad, of course, nobody wants this. But you can’t do anything about it. As an athlete, you’re training to achieve your goals. When you can’t see the goal line, it’s hard to motivate yourself. But the most important thing is that you need to stay professional. If you want to represent your country, you always need to prepare in one way or another.

What is your playing number and how did you choose that one?
– 41 is my number. It was the number I was given when I got selected to the team. From that moment, that number will always be associated with me. I will never change numbers again. It’s a milestone worth remembering.

How long have you played floorball and how did it start?
– I started playing floorball when I was five years old. My friend’s dad started up a team, and I tried it and loved it from first sight.

What is the best thing about floorball?
– The whole thing, the atmosphere, the players, the tactics. It’s simply the best sport in the world.

What is your most memorable Championship moment?
– In Latvia 2016 against Canada when I scored my first goal in the national team.

Your funniest blunder or moment?
– I will always remember when we won the AOFC cup in 2017 with Thailand, we had a lot of support in the final because we played in Bangkok against Singapore. After the game, we went to applaud the audience, and from nowhere the leader of the supporter group came down to me and gave me the shirt he wore during the game, all sweaty, grateful but, I was surprised about how wet the shirt was!

Fun fact of you?
– I’m the head coach for IBF Offensive Lidingö’s women’s team in Division 2 in Stockholm, Sweden.

Lastly, could you send greetings for the WFC fans around the world from team Thailand?
– Long time no see we, haven’t forgotten you, and once we’re back. We will entertain you and give you more games to be proud of. I’m always saying that I don’t do this for myself I do it for all the friends and family that have supported me since day one, this is for them.