The floorball World Floorball Championships will be played in Helsinki in December, and the preparations for the tournament are at full speed. In our interview series #roadtowfchelsinki, we are going to present top players from several different teams. Next up with team Norway and Daniel Gidske.Daniel Gidske, 29, representing team Norway in the upcoming WFC tournament. He is an experienced player who is preparing for his 6th world championship already. Daniel plays at the club level for Mullsjö AIS in Sweden, playing as a Center or defender. As he can play several different positions, he describes his strength as a two-way player which comes from his ability to play offense and defense. Daniel is looking forward to the tournament and wearing the Norwegian colors once again.

How have you been lately and how was your summer?
– I have been good! Summer was good but I’m looking forward to when we can travel again! Spent some time with my family, training with the team, and some time at work as well.

In December, the World Championships will be played in Helsinki, have you already started to think and look forward to the event?
– Yes, I have. It has been a long wait for this WFC, so I’m looking forward to putting on the Norwegian colors again! Hopefully, the upcoming preparations won’t be troubled by the covid situation…

How has team Norway prepared for the tournament?
– We got to spend some time together during the Qualifiers earlier this year, but unfortunately, we couldn’t have anything during the summer due to covid restrictions in Norway!

What preparation plans does team Norway still have before WFC?
– We have a lot planned for the upcoming months and hopefully, we can follow that plan. Mostly practices with the team, but also some international games. We can’t wait to play matches again!

The Championships have been moved once because of the unfortunate situation in the World. How do you see this affecting you as an athlete?
– From my side, I don’t think it has affected me that much. A longer wait for the WFC, and Norway has canceled some practices due to restrictions. My club has still trained/played as we used to so, that has been positive

What kind of changes has Covid-19 brought for the preparations? Good or bad?
– Norway hasn’t played any matches since the WFCQ (bad). Hopefully, we can play a tournament in October! The restrictions have made it very difficult to travel from Sweden to Norway also, unfortunately. 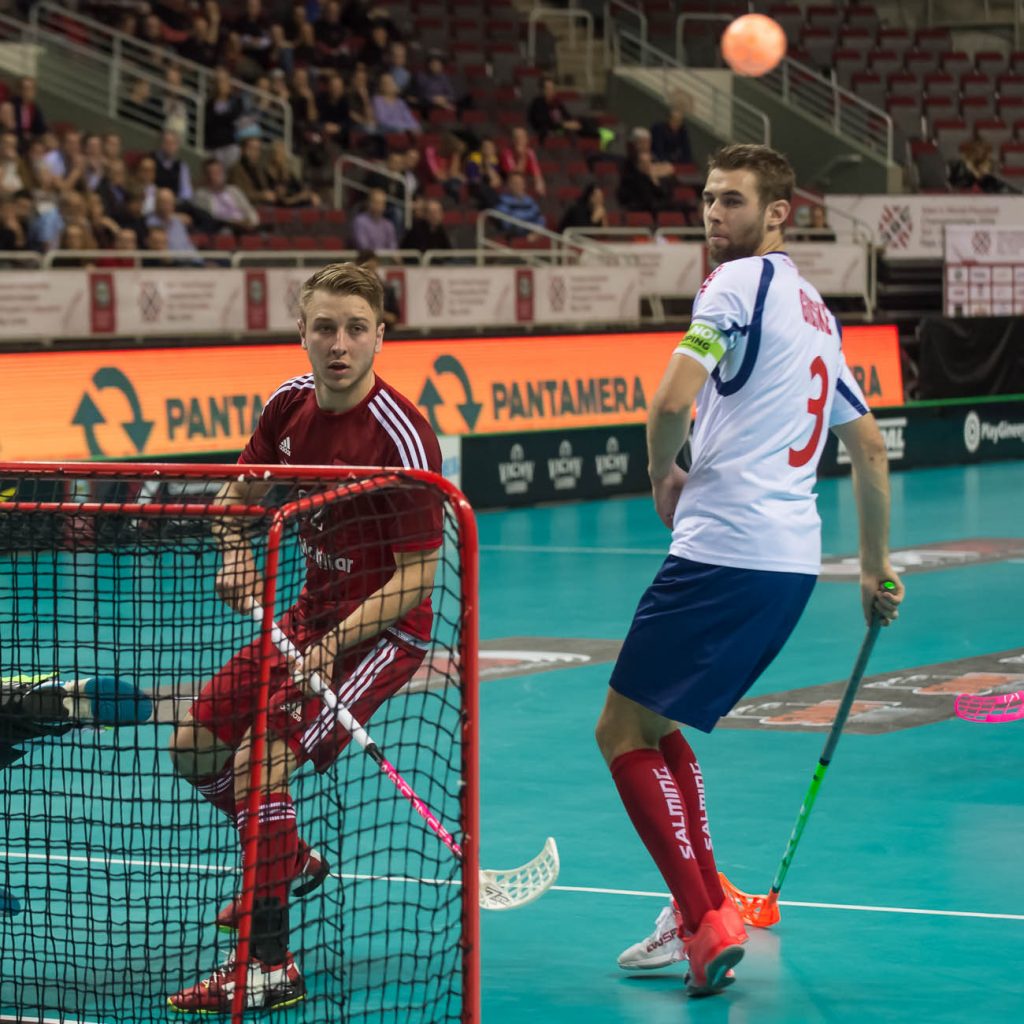 How is floorball present in your everyday life?
– It is a big part of my everyday life. Training/matches are around 5-6 times a week!

You have represented Norway since 2009, could you tell us about your path: How did you end up playing floorball?
– As young it was football and floorball taking up the time. My first floorball coach was the one to introduce me to the sport when he dragged me in from the football pitch. When I was around 15 – years old, I had to choose as it was hard to combine them both. The choice fell on floorball, and here we are today.

Where did you play your first years playing floorball and when?
– I played in a Norwegian club named Sveiva IB. I started in 2004 (12 years old).

What has been a significant turning point in your career?
– I would say WFC 2012 did a lot for my career. It opened for a move to Sweden and SSL.

You are a strong shootout shooter, what has been your nicest goal?
– My first international goal for Norway was a penalty, obviously a great memory for me. Have also scored some crucial goals in the SSL playoff which is a great feeling!

Shootouts require ice-cold nerves and decision-making ability; how do you gather your nerves in tough spots?
– Don’t think too much about the surroundings I guess (not always that easy). Trust your abilities and want to make a difference by stepping up in those moments. Also, it is very important that you can handle a miss!

Tell us about team Norway, what kind of team are you?
– Going into WFC in Helsinki, I see Norway as a team with a good mix between younger and older players. Some of the players have a lot of international games/tournaments, while the younger players are hungry to show themselves on the international stage. I think that mix is very important for our team. Hopefully, we can find a good balance heading into December.

What are Norway’s strengths in the upcoming tournament?
– An interesting mix of players, more players playing outside of Norway compared to earlier (familiar to the international playing style), good coach-team. World’s best 40+ player.

What kind of expectations do you have for the WFC?
– WFC 2010 in Helsinki was amazing, so I have high hopes for this one! From our side, we want to put some pressure on some of the top 4 nations.

What is team Norway focusing on especially in last month’s training?
– Our focus will be to get the team together in a good way, both as a group of humans and on the pitch. Important to also play some international games before the WFC.

Could you send a greeting to Norway’s fans?
– Alt for Norge! See you in Hartwall 😊