The World Floorball  Championships will be played in Helsinki in December. In our interview series #roadtowfchelsinki, we are going to present top players from several different teams. Next up with team Philippines Lucas Öjvall.

Lucas Öijvall, 33, is leading his team Philippines for the first WFC tournament. Lucas is playing in his first-ever WFC tournament, making him very excited and thrilled for the tournament. At the club level, Lucas represents FBC Nyköping in Sweden, who is known for his quick feet, being recorded as the top 3 fastest players in the Elitserien (SSL). Team Philippines is coming to the tournament prepared, wanting to prove to the floorball world that the Philippines are not a joke of a team.

How are you, and how have you been lately?
– Hello, I’m fine, no need to complain. 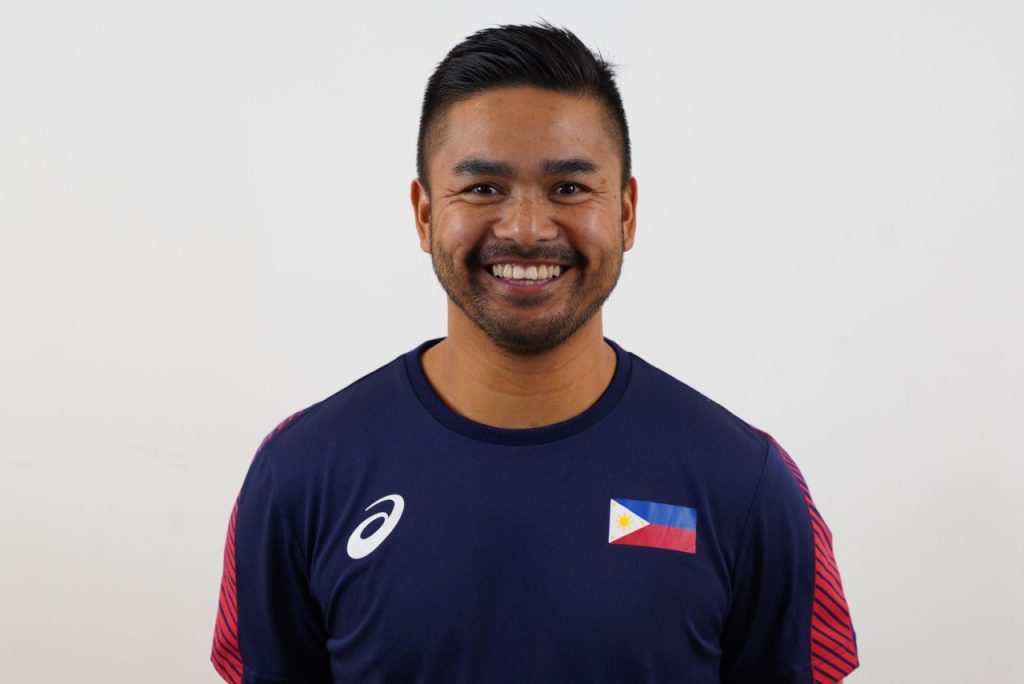 In December the World Championships will be played in Helsinki. How much are you waiting for the upcoming WFC tournament?
– I’m thrilled and excited about it. I can’t wait!

Why did you deserve a spot on the team and how do you personally prepare for the upcoming event?
– I think I deserve a place due to my floorball experience and, the skills that I hope will help the team keep processing.

How has team Philippines prepared for the tournament?
– As we all know, that there are different times now. But we have actually kept the contact quite good. And this October, we had a preparation camp in Uppsala, Sweden, where we played a friendly.

What is the goal of the team Philippines?
– Our goal is to show the world that Team Pilipinas is no joke. We are going to WC to compete, otherwise, we could stay at home and watch it on the internet.

What kind of a team do the Philippines have? Could you tell us about team Philippines?
– Right now, we are a team that is a good mix between the elders and the youngsters. We are a lot of players that are playing in some of the Nordic countries at the moment. Before the pandemic, we used to have player bases in Manila and Singapore as well. One main goal is that we are trying to develop the sport in the Philippines and Asia. But just one step at a time.

As your team got added last minute to the tournament, how does that affect your preparation for the WFC?
– As you mentioned, it was the last call, but we are trying our best to be ready in time. There is much more than just keeping in shape. There is plenty of administration behind the scenes. But right now, we are focusing on the things we can affect in our advance. In another world, we would surely have more camps for preparation, but, it is what it is.

What does tournament participation mean to you and team Philippines?
– It means the world right now because back in Pinas (nickname for the Philippines) people are still struggling A LOT. And to be honest, we want floorball to be a part of the Olympics, and so on we want to make a mark for the Asian countries as a part of the process. So this is a great stage for us to show why it should be a part of it!  So this is our chance and obligation to do our fellow countrymen proud. We also want to put the Philippines on the floorball map. So there is no bigger floorball scene than a WFC. For me, it’s still unreal that I’m going to perform on the biggest stage it hasn’t sunken in yet. But I’ll do my best for the team.

How long have you played floorball and how did it start?
– I’ve been playing since 1994, so you do the math. First, I was playing football, but indoor football wasn’t that fun. So I joined two older friends to a floorball practice, and then I was doomed. I’ve also been a referee through my youth years, and later on, I tried coaching and still do.

What factors make floorball significant to you?
– Significant for me is that it’s a quite cheap sport. It’s also a fast sport that has to be played all through the 60 minutes on the watch. And I like it because you can still compete even though you’re a small person like I am.

Do you have any game-day routines? What and why?
– I don’t have any game day routines, but I have a few during the warm-up. One is that I always have taken the first shot in the first drill. It just came to med around 10 years ago. Then I always do my warm-up with one glove and then change to another to the game. And I always put on my right shoe first but always tie the left first…

As a team captain of the Philippines, what responsibilities does it bring with it?
– As a team captain, I feel very honored to lead my Philippine team. But I’m not alone in the team. I think that my main task is to keep the balance in the group. For example, player to player and also staff to players. As a person, I’m trying to see things from different perspectives and, I try to use that as a strength in my leadership. Everyone is important!!!

Lastly, could you send greetings for the WFC fans around the world from team Philippines?
– Laban Pilipinas #puso #labanfamily