The Men’s World Floorball Championship starts 3 December in Helsinki. The World Championship is the biggest international sports event of the year in Finland. The theme song More, which sets the tone for the competition, has just been published. The song is played by Every Green in May and the career artist Anneli Magnusson, whose is more familiar to the audience by the name Pandora. She is one of the most successful Swedish singers ever in Finland. The song also features percussions played by TAKOMO.

– When I first was presented to More I immediately thought it was a wonderful and powerful song. It had that special ”something” I wanted to explore and dedicate my all to. Music and sport have a lot in common when it comes to united people and set new levels. It’s a great honour to have been asked to represent a special and important moment like the World Championship in floorball. Last time I represent a song within the sport area was for the Winter Olympics in Nagano, Japan 1998. This time I’ll do it together with EGiM and Takomo in my second home country that I love so much. Finland – We’re more than ONE!,  Anneli exclaims.

– The song is catchy, enchanting and beautifully highlights what team sports is all about: several valuable individuals who together can achieve more than anyone could alone. The slogan for the competition is More Than Games, which promotes the community spirit of the sport, which we want to convey to the players, the spectators as well as the volunteers,” describes Event Producer Hanne Nyrönen. 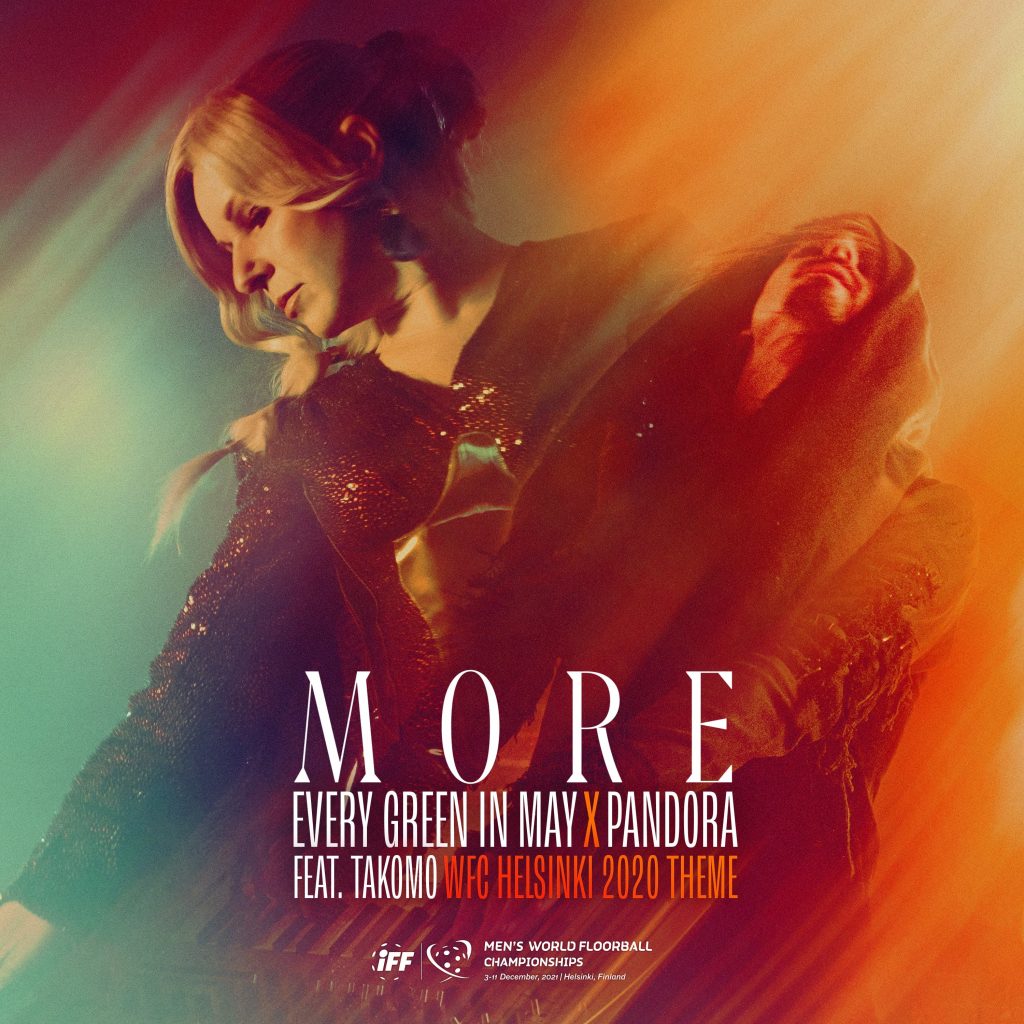 More was written by Olli Tasala, the man behind floorball crowd favourites such as Love the Way You Play, including the remix. Tasala also created Falcon, the F-liiga theme song.

The carrying themes of the new WFC theme song are community, willpower and team spirit. “It has been quite an emotional experience finding the right compositions for the song in collaboration with other parties during exceptional global circumstances. The song brings together sports and culture, a combination which has enabled the implementation of various artistic elements,” Tasala describes the WCF theme song.

The theme of More is further enhanced with the selection of artists.

– Pandora is an experienced, radiant professional. Working with her has been an inspiring and memorable experience. Her insight has helped us reach a better end result. Universal Music, who published the song, brings added value to the production as an established actor in the business. And when you add a phenomenal percussion band like Takomo to the mix, the final product is excellent,” Tasala describes.

Hanne Nyrönen has nothing but positive things to say about the collaboration.

– Our collaboration and dialogue was solid already during the production of Love The Way You Play, so I wasn’t even thinking of contacting anyone else but Olli for writing the WFC theme song. He has done excellent work in crystallizing the message of the event and created a song, which we can all be proud of.”

Every Green In May, Pandora and Takomo will perform at the WFC opening ceremony on 3.12. at the Helsinki Ice Hall and on the final day on 11.12. at Hartwall Arena. Takomo will also drum up extra support for the home crowd during the opening day and medal matches.